May 11 Posted by Kerri Coby White in Blog 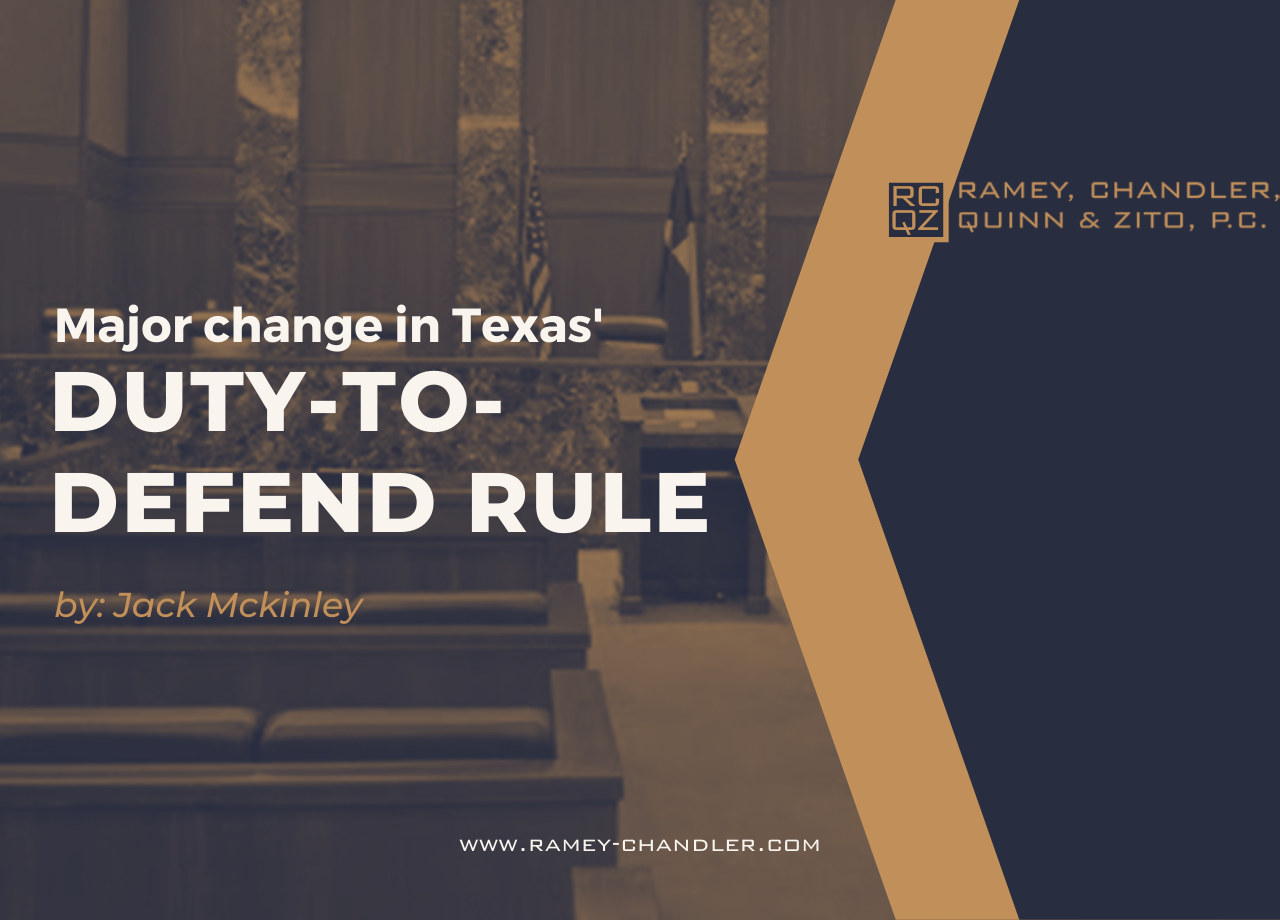 The Supreme Court of Texas announced a major exception to its decades-old complaint allegation (a/k/a “8 corners”) rule on February 11. Monroe Guaranty Ins. Co. v. BITCO General Ins. Corp. allows insurers to consider extrinsic evidence to determine a duty to defend if the extrinsic evidence (1) goes solely to the issue of coverage and does not overlap with the merits of liability, (2) does not contradict facts alleged in the pleading, and (3) conclusively establishes the coverage fact to be proved.

This ruling will change the defense obligation in many lawsuits that before now had to be defended because the insurer could not consider an unalleged fact that prevents coverage, even when it is irrelevant to tort liability. The decision has immediate effect for pending lawsuits.

This new exception is similar to but better than the 8-corners exception adopted by the U.S. Court of Appeals for the Fifth Circuit and routinely applied by federal district courts in Texas in insurance coverage litigation. The Fifth Circuit limited consideration of extrinsic evidence to two situations:

(1) The extrinsic evidence pertains to a “fundamental” of insurance coverage; and

(2) It is “initially impossible” to determine, from the pleading, whether there is a duty to defend.

The Texas Supreme Court rejected those two limitations on an 8-corners exception. Federal courts must follow state law as declared by a state’s high court (the Erie doctrine), so the Fifth Circuit exception will be conformed to follow the ruling in Monroe. As a result the same 8-corners rule will now be applied in state and federal courts.

Monroe has immediate and significant effect for claim departments and coverage lawyers. Pleadings will not longer trigger a defense in the many cases in which they (understandably) do not allege a fact that is irrelevant to tort liability, yet that fact is conclusively established and prevents coverage. Examples include insured status, injury within the policy period, and non-tort related exclusions. Unpled coverage facts can now be considered if they do not overlap tort liability facts and do not contradict facts alleged in the pleading. To be considered, extrinsic evidence must “conclusively” establish the coverage fact at issue. Monroe sets a summary judgment-type standard for denial of a defense based upon extrinsic evidence but does not require coverage litigation to make the decision.

This ruling is a step away from a “bright line” duty-to-defend rule; it adds complexity. Coverage expertise will now be more important in assessing whether extrinsic evidence does not overlap tort issues and conclusively establishes a fact supporting denial of defense. But underwriters can rejoice: the new exception better aligns defense obligations with drafting intent and reasonable expectations.

Monroe does not change the need to make case-specific decisions about pursuing declaratory relief, considering need, cost, benefit and the risk-reward ratio from possible judicial rulings. The new exception will, however, make some declaratory judgment lawsuits less necessary or beneficial. If an insurer is confident an unalleged fact is decisive for coverage, clearly established and does not overlap tort issues, Monroe does not suggest a declaratory judgment is needed to support denial. Insurers will still face cases in which risk-benefit analysis weighs in favor of seeking declaratory relief in order to foreclose a duty to indemnify, but a defense issue will now seldom require that.